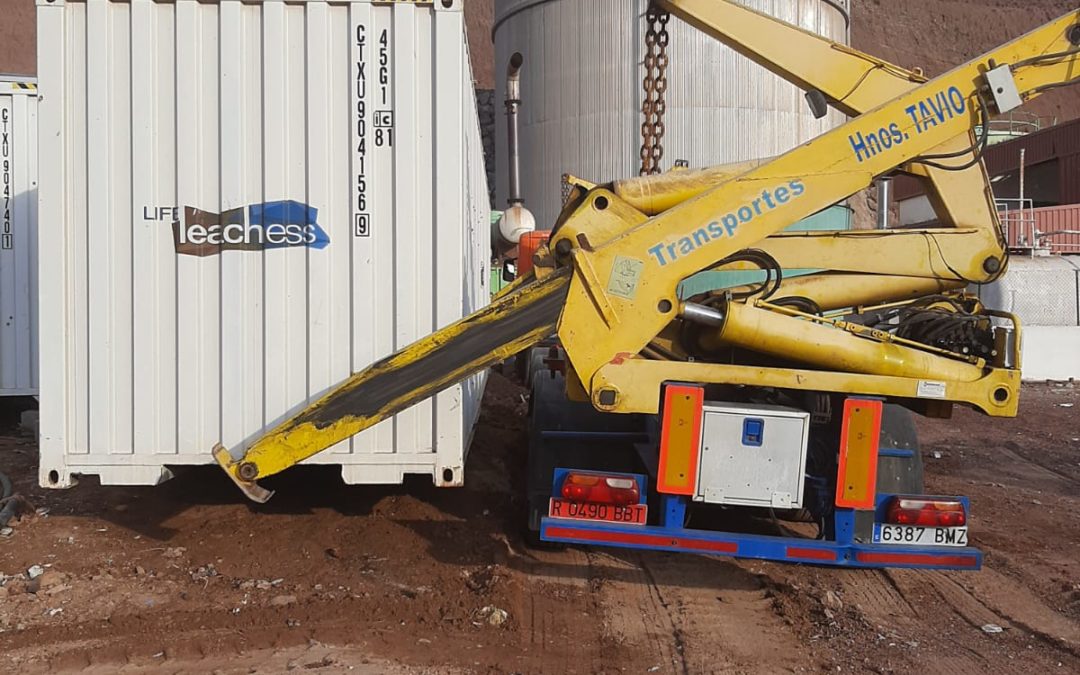 In the last few days, arrangements are being made for the dismantling and transport of the pilot plant to the second site where the pilot plant will be operating, the Ano Liosia landfill in Athens (Greece).

At the end of October, members of the LIFE LEACHLESS project team from each of the beneficiaries met in Lanzarote in order to finalise the operation of the pilot plant in the Zonzamas Environmental Complex (Lanzarote) and to organise its transport and operation in Athens.

Proper planning of the plant’s logistics is crucial, so that the project does not suffer any setbacks or delays, as well as dealing with the additional problems that currently exist in shipping containers by sea.

Thus, since the beginning of November, the pilot plant has been dismantled. Although it is a portable pilot plant, which facilitates its transport, due to the quantity of elements that make up the plant, it is necessary to correctly organise the dismantling and placement of the removable elements inside the containers, so that during transport, the plant does not suffer any damage and can be reassembled and operate in Greece in the shortest possible time.

Therefore, the LIFE LEACHLESS project is facing the final step of its development. This is one of the most important stages of the project, because the successful operation of the plant in another environment different from the initial one and with leachate of different characteristics, will allow testing the versatility, replicability and transnationality of the technology.