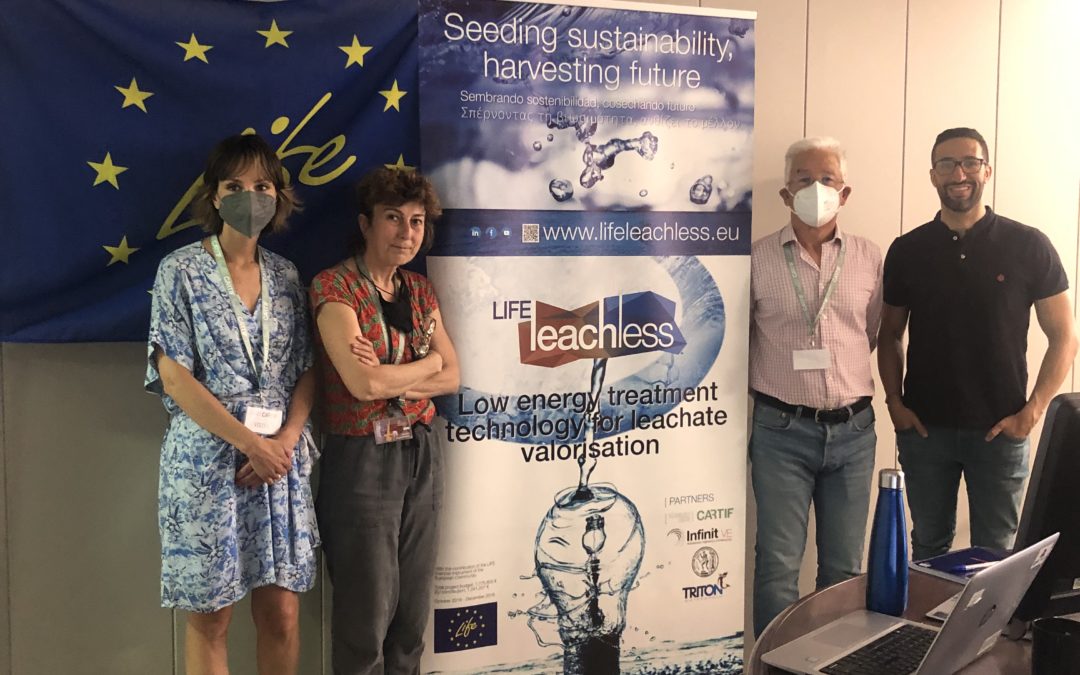 On Monday 13th June the monitoring expert visited the facilities of Fundación Cartif in Boecillo (Valladolid). The purpose of the visit was to carry out a new monitoring meeting of the LIFE LEACHLESS project. Representatives of the three beneficiaries of the project (CARTIF, TRITON and NTUA) participated in the meeting.

During the meeting, the progress made by the project during the last 12 months was reviewed, as well as the difficulties encountered in its implementation and the contingency measures that have been taken to solve these difficulties. Thus, a large part of the technical content of the meeting focused on the activities carried out in the Action to implement the operation of the plant in the first demonstration site (Lanzarote) and the difficulties encountered by the consortium members in transporting the demonstration plant to Greece, with the aim of carrying out the start-up and operation of the plant in the second demonstration site (Athens).