LIFE LEACHLESS in the researchers’ night 2019 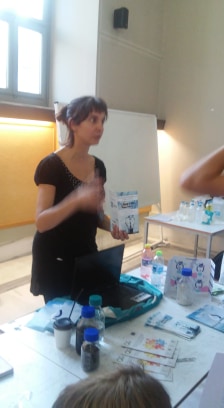 Researchers from the NTUA team presented the LIFE LEACHLESS project during “Researchers’ Night” at the National Technical University of Athens on September 27, 2019.

The “Researchers’ Night” is a European Union initiative aimed at familiarising the public with the world of research. 1,500,000 visitors from more than 370 European cities took part last Friday in the Researchers’ Night in an institution that celebrates its 14th anniversary.

NTUA researchers explained to the participants the main objective of the LIFE LEACHLESS project, its first results and the progress of the project. More than 130 research groups participated in the presentation, so the project attracted the interest of many participants.